The latest addition to our 1/16 scale World Figure Series is a German infantryman carrying a large machine gun tripod. Reproduced in exquisite detail, the large scale makes it possible to admire the tripod�s mechanical features. German soldier in European campaign dress is perfect for displaying alongside ITEM 36307 German Wehrmacht Infantryman.

The Type 36 field uniform, which was used in the early stages of WWII, had a green collar and insignia base. These were made the same color as the rest of the uniform for the subsequently produced Type 40.

In 1942, the MG42 became the main machine gun of the German army, and a tripod was used to provide accurate firing. Combined with optical sights, it was able to provide firing range of over 3000m. The collapsible tripod weighed 21kg and was easily portable.

Note: The color chart below is the paints called out in the assembly manual of the model kit. Duplicate colors shown are in reference to Tamiya bottle paints as available in two sizes; 10ml and 23ml. Choose the bottle volume that best meets your needs. All spray can paints (AS, TS and PS) are available in 100ml. 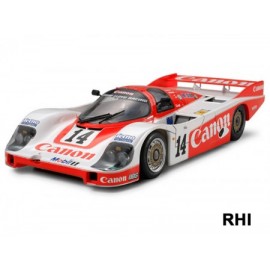