During WWII, the British Army needed to provide mobility for paratroopers who had been dropped behind enemy lines; their solution was the folding airborne bicycle (according to some, known as the "Parabike"). It was light enough to be carried in large numbers on transport aircraft, and of course also to be carried individually in the air by paratroopers. To make it more compact, the bicycle had a hinge in the middle of the frame so it could be folded. 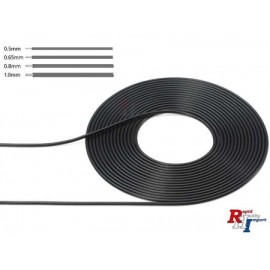